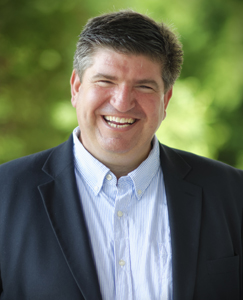 Richard D. Sanders represents a variety of healthcare providers on a broad range of issues, including business transactions, fraud and abuse compliance (Anti-Kickback Statute and Stark), Certificate of Need (CON) issues, medical staff credentialing, Medicare reimbursement, antitrust policy, and legislative activities. He also assists providers in their relationships with federal and state regulatory agencies.   After graduating from Duke University in 1992 with a double-major in political science and history, Rich earned his Juris Doctor degree from the Emory University School of Law in 1996. In 2013, Rich was rated as a “Top Rated Lawyer in HealthCare Law” and has a AV Preeminent® peer review rating from Martindale-Hubbell™. Rich currently serves on the adjunct faculty at Emory University and teaches courses in business and regulatory law. In 2004, he was awarded Professor of the Year. Rich is a former intelligence officer in the U.S. Navy, where he worked with an Atlanta-based unit supporting the U.S. Sixth Fleet in Naples, Italy.   His non-profit activities have included: Secretary of the Board of Buckhead Baseball (Cal Ripken League), Member of the Board of the Garden Hills Neighborhood Foundation, and member of the Midtown Atlanta Rotary Club. He and his wife Rebekah live in Buckhead and have three children: James (2000), William (2002) and Caroline (2005). They are members of the Cathedral of St. Philip Episcopal Church in Atlanta.